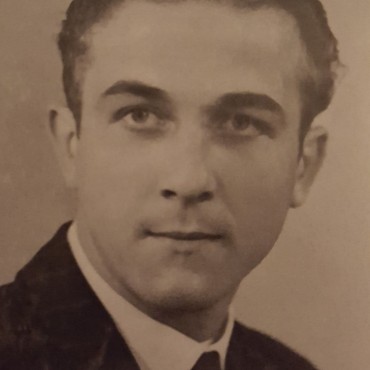 Grandad was an ordinary man, with a touch of the extraordinary. You only needed to look beyond his trademark beard, into those sparkling blue eyes to experience his magic. The hardest thing about writing this was the word limit, a testament to a full life – a free spirit, led by the heart and contented with the simpler things. He was a realist and as we struggle to digest his passing, I imagine him puffing out his chest, stroking his beard and looking skyward: “Well! That’s just life, isn’t it?” It makes me feel better and I hope it does you – it was his understanding of our shared humanity that made him so exceptional.

I’ll be forever inspired by Grandad’s capacity for kindness. His voluntary work at Portersbury school, for children with disabilities, gave him purpose. We loved his contagious joy as he’d tell us about the pupils –  the juxtaposition of their innocence and honesty often sparking a booming ‘ho-ho-ho!’. He would always round these tales off with a sigh: “You know, you kids really don’t know how lucky you are.” Well, Grandad, thanks to you, we grew up with a better understanding than most, of the need for empathy and love – and how to put it into action.

But of course, Grandad was no angel. When he wasn’t telling loud lavatorial jokes, clowning around with us in the garden or winding grandma up with impressive theatricality, he loved to tell a good story. “Well!”, he would exclaim – we all knew what was next, “When I was a boy….” We loved to hear his African adventures with the RAF, how he’d got to ride up with the pilot and tried to puff on a cigarette, without knowing how to smoke, attempting to master ‘casual cool’ with his arm resting on the window. Only to his horror, to have the cig whipped away by the wind. Reliving the beautiful stupidity of the moment, Grandad would spit the story out with glee: how he’d sat there fearing the worst –  that the cigarette had been sucked into the engine and the whole plane was about to combust.

Grandad’s sense of adventure stayed with him – whether flying to Scotland for a day’s hike or sailing the English Channel with his mates Billy and Pete. In fact, adventure followed him – going to the woods with Grandad was like a trip to Neverland with Peter Pan. His birthdays were the best: he would herd us grandkids out into the dark, armed with wellies and torches. He made the shadows safe and the moonlight fun – but we still indulged in toe curling screams whenever he switched off his torch, releasing a ghoulish laugh. The haunting continued back at the house, with our annual game of ‘ghost’ – when we’d hide red-faced in the bedrooms awaiting Grandad’s howls. His ability to play was unrivalled – it was his magic.

In his life time, Grandad entertained and was adored by many little people – starting with my mum and Brian. We’ve all ridden around the garden on his back. Our plane fixing, sea faring, eternal boy scout, who felt the suffering of strangers in far-away places; who deeply loved and admired his wife – while forever teasing her with his wicked wit – ultimately found contentment in the company of his growing family.

He often expressed his gratitude, to have lived to meet five great-grandchildren and so it is a comfort to know that his last moments were shared with the newest addition, baby Fynn. We’ve come full circle. It feels as though a light has been taken from us, but he has been giving it away his whole life – leaving a little piece of that magic with all who cross his path. Please, carry it forwards and remember that life is our adventure, so let’s play more and love freely. 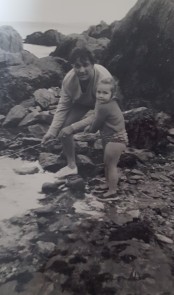 One thought on “Our Grandad”